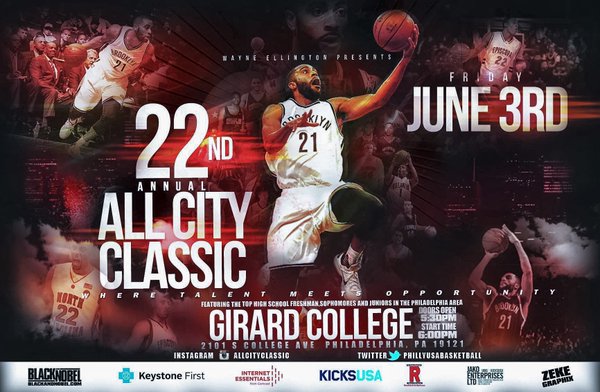 Big Star & Raw Sports presents the 22nd Annual “ALL CITY CLASSIC”, PUBLIC (Team Butler) vs NON-PUBLIC LEAGUE (Team Ellington) ALL STAR GAME. This game took place on 6/3/16 at Girard College in PHILADELPHIA. The atmosphere was set to watch some of the Philadelphia area’s best ballers compete in this awesome event that has been going strong for 22 years. From start to finish there were highlights, and the game featured tons of nationally recruited high school stars in the class of 2017. Below is the complete roster: