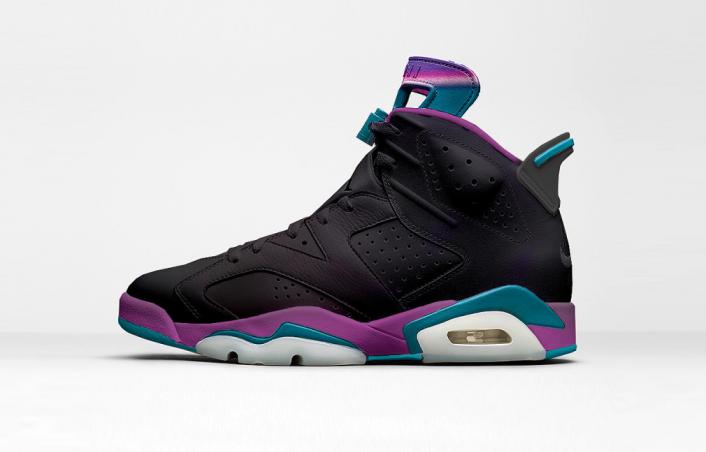 We reported earlier this week that the Air Jordan 6 is set for a pretty huge year in 2017. The information on potential colorways is very likely going to be coming to light sporadically, so all we can really do at the point is wait.

Well, that’s not all we can do. We can also dream up what these releases could potentially end up looking like. That’s exactly what the folks over at Sneakers Addict did when they imagined up a potential release of the “Hare” Air Jordan 6. Once again, we have a prospective look at what another AJ 6 iteration could look like, the “Hornets” colorways in Black Iridescent and White.

The Black based upper, no doubt the usual leather build, is highlighted with Purple and Teal accents to denote the Hornets colors. The Purple slithers across the midsole and sockliner, while elements such as the lace lock and outsole carry the splash of Teal. The tongue is perhaps the most eye catching aspect of this sneaker, featuring an Iridescent patterned design.

As for the second pair, the differences are primarily the White color of the leather upper and a Purple tongue rather than the previously mentioned edition’s Iridescent look.

Assuming this is what the final product will look like, are you looking forward to the Air Jordan 6 “Hornets” colorways?