New seasons bring new styles and after Kanye’s latest unveiling of his Season 3 collection last month, Ye’ is previewing more of his pieces expected to drop later this year. One item that was said to be totally transformed was the Duck Boot, which would also drop in conjunction with a couple other boot variations.

Today we’ll peek into the Yeezy Season 3 collection including black and beige Military Boots, one of which uses a stylistic sock liner inside the shoe. From the looks of these boots are going to surpass the 750 Duckboot in price, ranging $600-800. 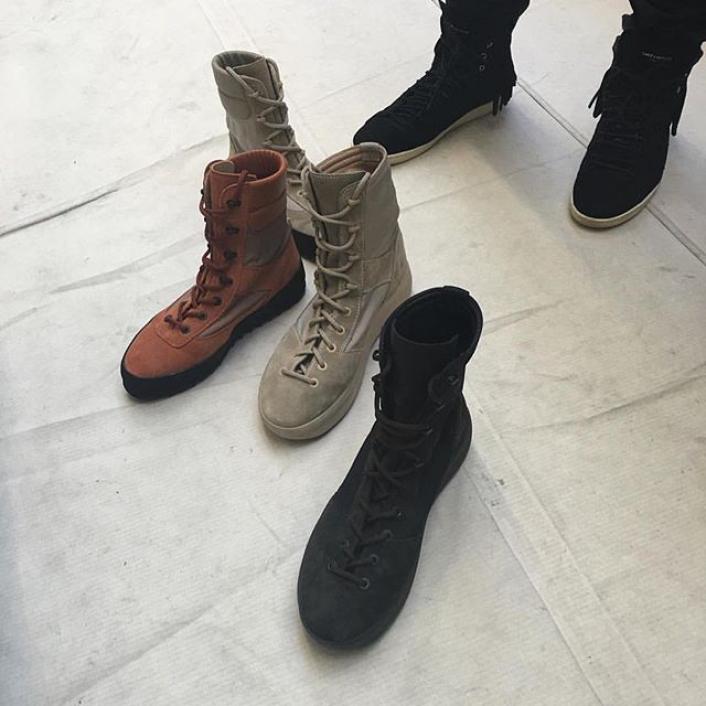